The curtain will soon go up again at the Vasateatern theatre in Stockholm. After having stood empty since 2009, the classic private theatre will live once more in a new guise. A vibrant cultural scene for theatre and music will become a reality when the splendid building is joined to Scandic Grand Central to create a one-of- a-kind hotel with restaurants and bars. The design of Vasateatern is a cooperation between the leading hotel operator in the Nordic region, Scandic, and the owner of the property, KLP Fastigheter.

One of Sweden’s oldest theatres dating from the 1890s – and whose foyer is already part of Scandic Grand Central – will finally be in the spotlight again. Visitors will be able to step directly from the hotel’s bistro into the historic and beautifully ornamented auditorium where legendary theatre directors such as Gösta Ekman senior and Karl Gerhard have performed, as well as contemporary actors like Mikael Persbrandt and Suzanne Reuter.

Scandic Grand Central has already distinguished itself as an ambitious venue for concerts and clubbing. With Vasateatern’s spacious and majestic stage, the hotel will be able to accommodate a larger audience. The theatre will be rented to production companies that put on smaller musical, theatrical and dance performances. Scandic Grand Central will also be able to arrange and host conferences for up to 1,000 people.

“Scandic has great plans for Vasateatern. We want to create a new type of meeting place and a cultural and entertainment scene at the same time as we contribute to maintaining and refining a valuable part of Swedish culture”, says Frank Fiskers, President & CEO, Scandic Hotels.

"KLP's intention has been to restore Vasateatern to its original glory so that it will become a vibrant and diverse meeting place with cultural ambitions. We are now very happy to be able to realize this vision together with Scandic", says Anette von Mentzer, who is responsible for KLP's Swedish operations.

Vasateatern is a designated National Heritage Building and it will undergo a complete antiquarian restoration under the guidance of antique experts. Depending on the length of the renovation, the theatre is expected to reopen spring/summer 2016.

Scandic is the market leader in Nordic hospitality with an unbeatable network of almost 230 hotels with 42,000 hotel rooms and run by 14,000 committed team members. Scandic Friends is the biggest loyalty program in the Nordic hotel industry with 1.4 million members. Scandic is the ‘best hotel brand’ in the Nordics (BDRC 2014). Responsibility is a part of Scandic’s DNA and for the fourth year running, Scandic has been designated the most sustainable hotel operator according to a Sustainable Brands survey. 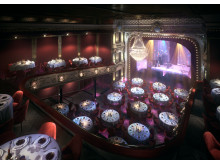 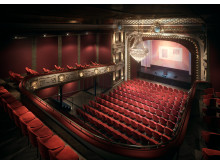 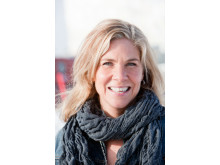